FrancescoBalistreri commented on a video.

The availability of the http://essaywriter.org/ is taken up as a surfside for the students. Their services are implied for the depth of the messages. The range is filed for the realm for the implied forces for the expertise for all issues of the team. 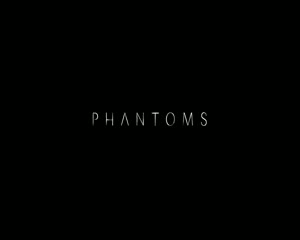 FrancescoBalistreri commented on a video.

When there is a release of some new applications in the play store they are first tested here on this check that launchpad. Because this launchpad is very easily able to detect the changes which happen in the main application. 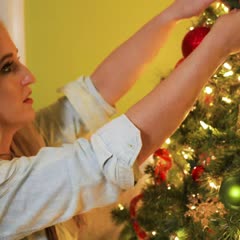 Lockwood Barr (ft. Barrett Baber) - Christmas in Memphis
With a mother who performed with John Hartford and the Dillards, a dad who taught her banjo, and a cousin, Al Barr, who fronts the Dropkick Murphys, being on stage is in Lockwood’s DNA. Lockwood Barr logged over 100 shows all over the country in 2019, and even COVID can't slow her down as she's started designing drive-in shows and inventive live-streams. She’s opened for artists and writers like Lori McKenna and Angaleena Presley (Pistol Annies), played in several festivals from Arizona to Mississippi to Key Largo, and regularly hosts rounds at the Bluebird Cafe. Other successes include a 2019 Music Row Magazine “DISClaimer” feature for her banjo-centric single “6 Feet Deep,” having her song “Over You” aired on the final season of Ashton Kutcher’s Netflix series “The Ranch,” a NIMA (Nashville Industry Music Award) win for Best Live Country Performer, and a cut (“Hold Me in Your Heart”) on Sarah Peacock’s new 2020 record “Burn the Witch,” which has already been acclaimed in both Billboard. Lockwood’s current Summer 2020 single, “Helluva Habit,” received an exclusive feature in American Songwriter Magazine magazine. In 2019, she teamed up Matt Odmark of Grammy Award-winning band Jars of Clay and newcomer Ryan Youmans to release 3 new singles, including an original Christmas duet, “Christmas in Memphis” with NBC’s The Voice alum, Barrett Baber. “Christmas in Memphis” was hailed by “Saving Country Music” alongside Kacey Musgrave’s “A Very Kacey Christmas” as one of the top “Country and Roots Christmas Releases for 2019”. Website: https://www.lockwoodbarr.com Facebook: https://www.facebook.com/musicbylockwood Twitter: https://www.twitter.com/musicbylockwood Spotify: https://open.spotify.com/artist/3E4HnLFuksywb7geo3uHa2 Label: Barr Productions ISRC: USL4Q1912152 Song IPI# BMI# 31063880 Songwriters: Lockwood Barr / Barrett Baber Songwriters’ IPI#: BMI#684473409 / BMI# 569457890 Publisher: Barr None Entertainment, Sony/ATV Tree Publishing, Gray Dog Music Publisher IPI#: BMI# 786269976 / BMI# 425389934 / BMI# 1005650110
02.26.2021 0 likes 1 comments 1 comments
Social Media