julianjackson1895 commented on a video.

Our first-class services also include the provision of highest quality grocery items to whoever comes through our doors. From frozen items to fresh products, we have everything set up on our shelves for you. We sell only fresh Al Aqsa Store and organic vegetables and fruits to our valued customers. We keep cleaning supplies, toiletries, and other basic items in stock. We have a huge variety of various spices to add aroma and flavor to your cuisine. Our store is your one-stop to find seasonings, sauces and several kinds of cheeses. 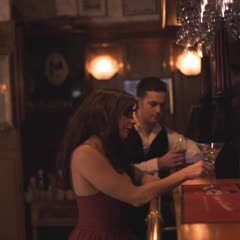 Chris Lindberg - Nothing Ever Will
Chris Lindberg has music in his blood and in his soul. He grew up in Sweden, surrounded by artistic influences from his father Kalle Heino, an actor, his mother Malle Lindberg, a painter, and his aunt Christina Lindberg, a well known singer and recording artist. And, before that, his grandfather sang opera! As a juvenile, Chris performed in the stage musical, The Sound Of Music, appearing as Kurt, the younger boy of the Trapp family. As a teenager, Chris enjoyed a radio hit with his duo, Chris & Gino, on Edel Records. “Sommaren är Kort” (Summer is Short) went to number 9 on the Swedish singles chart around the turn of the millennium. His promising career in music and on the stage was put on hold when Chris was recruited to play professional hockey as a teenager. For several years, he distinguished himself as one of his generation’s finest goalies. An injury cut short his athletic career and his attention returned to music. Within a short time, Chris was signed to Lionheart Music Group (Universal). His first single on that label was “My Ship Is Coming In” written by Jörgen Elofsson and Miqel Persson. A second single followed titled “Keep The Summer Coming” which Chris co-wrote. Chris has a natural affinity for country music and he began spending time in Nashville, co-writing and recording. In 2016, Misty Music/Warner Music Sweden AB released an album (Better Live In The Moment) which Chris recorded in Nashville. The sessions were produced by Music Row ace Lonnie Wilson. The record featured songs written or co-written by Chris with Wilson, Doc Holladay, Brandon Ray and Dave Rude, among others. From that project, “Small Town Marilyn Monroe” charted in Sweden and the video for “Pensacola” (directed by Emil Jonsvik) has been viewed over 300,000 times on YouTube. Chris released his first Lindberg/Tyler song “Nothing Ever Will” with Warner Brothers Sweden in 2018, garnering significant airplay and publicity. Website: http://www.lindbergtyler.com Label: Intuit Music Group ISRC: QZCJP1890000 Song IPI# ASCAP# 894498815 Songwriters: Chris Lindberg / Dan Tyler Songwriters’ IPI#: STIM# 609644140 / ASCAP# 72772856 Publisher: Mota Music / CHL Music and Sports Publisher IPI#: ASCAP# 125716191
01.28.2021 0 likes 20 comments 20 comments
Social Media