Join or Login
Album: unearthrecords's videos Bad French - Le Pull
View Video
Album: unearthrecords's videos

33 votes
1
226286
Bad French - Le Pull
Over the years, frontman Dan Forsyth and instrumentalist Mike Carney have shared houses, bands, books and ideas together. More recently they have shared a desire to speak French which they both can do… badly. The idea of Bad French is to embrace being bad and to put aside ideas of perfection. The first song the pair wrote together was after sharing a meal, a bottle of wine and some laughs whilst writing a bad song. Interestingly, the song that came about, Le Pull, ended up being not too bad. Described by themusic.com.au as warm synths, offbeat bass pulses, jangly guitar and sweet, sweet man-vox, Bad French’s music fits into a genre labelled 80s discount. Mike and Dan are not quite sure what that means, but if it’s 80s-inspired music that is allowed to be bad, well then that’s OK. The US blog Indie Shuffle characterised Bad French as unique, spellbinding, and captivating .. some people will like it; others will hate it. Since their first get together, Dan and Mike have pulled together 8 tracks and compiled them into a debut release titled Not Too Bad. The album takes inspiration from artists such as AIR, Michael Jackson, Tame Impala and Little Dragon. Most of all however the pair try to look into the souls and see what comes out. If it’s discounted, bad and people hate it, well... c'est la vie.
Comments
Order by:
Per page:
Author 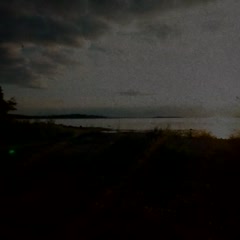